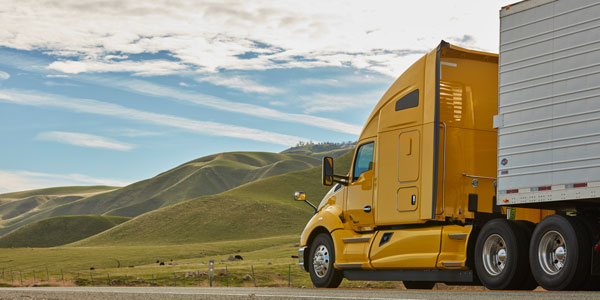 U.S. Department of Transportation Secretary Ray LaHood recently announced that state and local law enforcement along with the Federal Motor Carrier Safety Administration (FMCSA) conducted 2,782 surprise passenger carrier safety inspections, across the nation, over a nine-day period. Their efforts resulted in 289 unsafe drivers or buses being taken off our roadways. 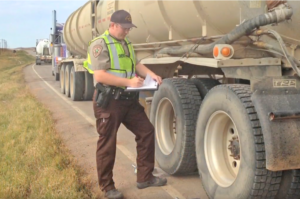 Our Texas bus accident lawyers think its high time that bus companies be monitored more closely, knowing the consequences that can result from a Georgia bus accident or tractor-trailer accident caused by an unsafe coach or driver.

In its effort to strengthen passenger carrier safety, FMCSA conducted surprise inspections beginning March 28 through April 6, 2011. Out-of-service violation citations were issued to 156 drivers and 262 vehicles by the enforcement strike force.

During a 17-day time period from March 12 to March 28, roughly 3,000 passenger carrier safety inspections were done across the country, resulting in nearly 10 percent of those passenger carrier vehicles being taken off roadways with reported violations.

“Safety is our number one priority,” said Secretary LaHood. “We will continue to use every resource at our disposal to shut down unsafe passenger bus companies that place motorists at risk and remove drivers from our roads who put passengers in harm’s way.”

Along with the inspections 95 commercial passenger bus companies got a full safety compliance review. This is the process used for determining a passenger carrier’s safety rating. 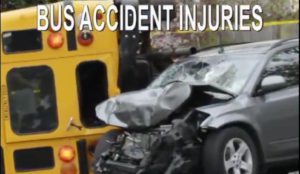 “Working side-by-side with our state and local law enforcement partners, we can ensure that every passenger bus company and driver operates as safely as possible,” said FMCSA Administrator Anne S. Ferro. “These strike force activities are one of the many effective tools we use year-round to raise the safety bar for commercial buses and drivers on our nation’s roadways.”

According to FMCSA, safety inspections and compliance reviews have increased significantly on the nation’s roughly 3,700 registered motor coach companies. Although, the recent enforcement blitz comes in the wake of several deadly bus accidents, including one in New York City that claimed the lives of more than a dozen passengers.

The Obama Administration in 2009 developed a new Motorcoach Safety Action Plan. This plan includes proposed rules requiring that buses have seat belts and electronic on-board recorders (EOBR). These recorders are needed to replace paper records that drivers keep on themselves for their hours of driving. Strengthening driver heath requirements is also an issue that needs addressing.

Last year, regulations were put in place banning commercial drivers from texting while driving and banning hand-held cell phone use is being considered.

If you are involved in a Texas bus or truck accident, contact the Texas truck-bus accident lawyers at our Law Firm for a free and confidential appointment to discuss your rights. Call or contact us through this website.

More than 6,000,000 accidents were reported last year. Over 3,150,000 people were injured in these accidents and approximately 40,000 people lost their lives. Most Americans do not have an adequate amount of health, auto, and disability insurance to provide for them if they are seriously injured in an auto accident.
Most don’t even have a life insurance policy that could pay for funeral expenses if the unthinkable happened. Considering the prevalence of auto accidents, it is important that automobile drivers educate themselves concerning auto accidents and the legal options that exist should an accident occur.

If I have an auto accident, what should I do at the accident scene?

1. Don’t go anywhere. Stay Put.
2. Send a witness to call the police. Do not “handle it yourselves”.
3. Render first aid to other victims if you are qualified to do so. Do not move any person unless not doing so directly endangers their life.
4. Do not move vehicles unless they are obstructing further traffic. If you have to move them, move them as little as possible. Warn approaching drivers.
5. If you are injured, stay in your vehicle.
6. Be very careful what you say. Do not falsely admit responsibility.
7. Seek medical treatment at the scene if you are hurt in any way even if it seems insignificant.
8. Gather and exchange information. Get the names, addresses, and phone numbers of all passengers, witnesses, and the driver. Get the license number and insurance company name and policy number from the driver and owner. Also, make notes concerning the time of day, weather and road conditions, lighting, location of vehicles, crossroads, stop signs, and traffic signals, and location and length of any skid marks.
9. If your car must be towed, get the name and license number of the driver, and the name, address, phone number, and registration number of the towing company. Also, find out how much the towing will cost.

What can I expect the police officer to do at the accident scene?

Depending upon the seriousness of the accident, either a police officer or the regional Crash Investigation Unit will investigate the accident. All parties will be interviewed and statements taken. The officer will give all parties involved an accident card that will detail how to contact him/her. The cars involved may be taken away for detailed examinations. The officer will issue a formal report when the investigations are complete. Criminal charges may also be placed as a result of the investigations.

What should I do after I have been dismissed from the accident scene?

1. Call your auto insurance company and relay all information concerning the accident.
2. Follow up with your doctor even if you don’t think you have injuries. This needs to be done that day. If you do have unseen injuries, you don’t want any questions arising concerning the cause of the injuries.
3. Contact your lawyer so you will understand your rights and responsibilities.
4. Report the accident to the Department of Public Safety

What to do in an Auto Accident?

Immediately after being injured in an auto accident, you are thrown into an adversarial legal system that is complex and confusing. While you are still receiving initial treatment for your injuries in a hospital emergency room, the parties at fault have already notified their insurance company of the accident.